Hello, here we are again at the end of the weekend and time to catch on with the "goings on" at The Brambles. 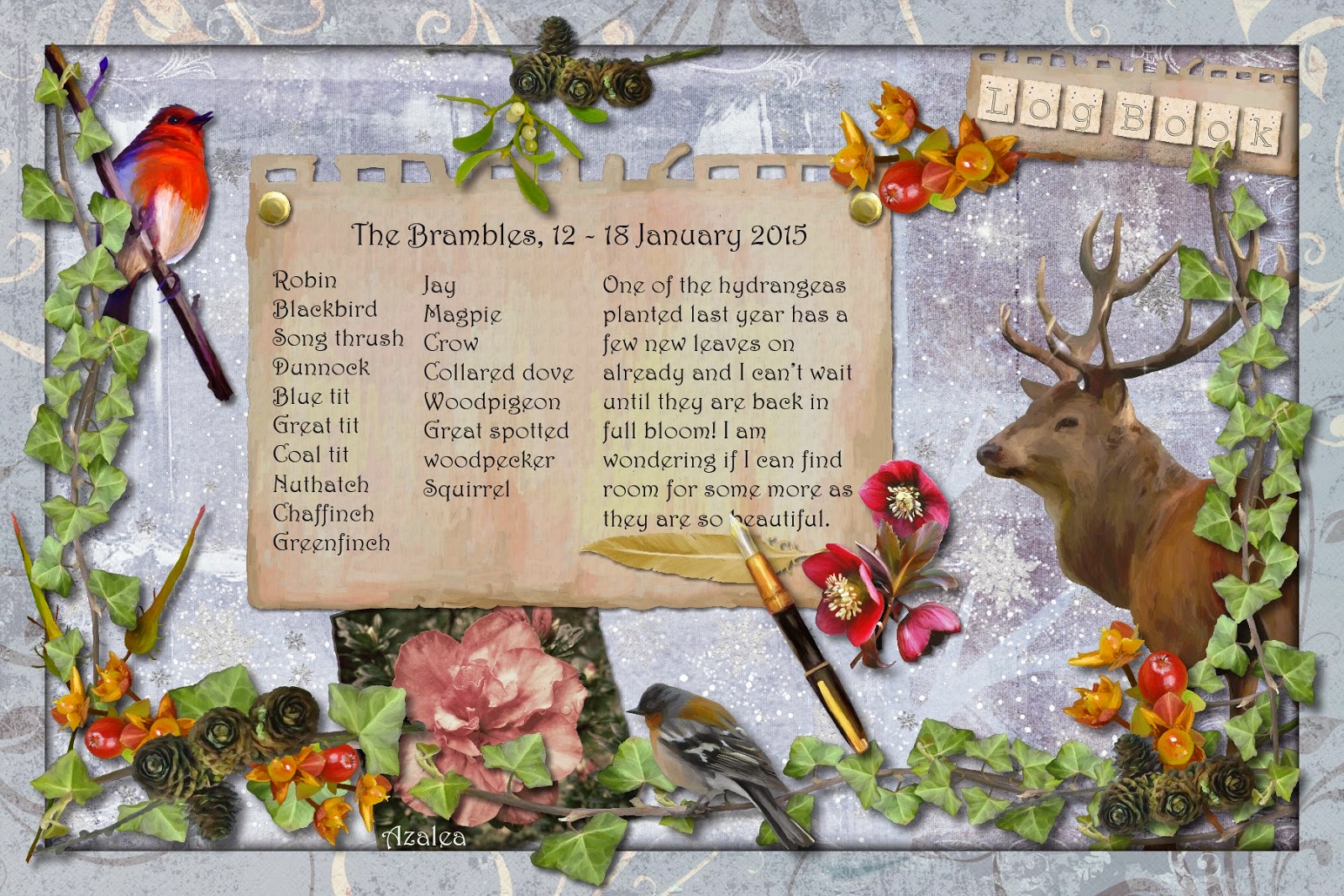 The azalea is still flowering beautifully. The photo on the log notes is one that I took of it a while ago and added a vintage effect to in Snapseed.

Things are defiantly getting territorial in the garden. Mr Black is on constant alert and honestly spends more time seeing off the other blackbirds and the song thrushes. I'm going to have to start calling him Mr Silver soon too, as he has a few silver patches appearing!

Saturday I spotted a bit of a "to do" going on between two song thrushes. They were flying up at each other and dancing around each other too. It is actually fascinating to watch this behaviour, which I've not seen often. Finally one decided that they weren't up to it and left. Maybe back again another day to "fight" for the territory. Two male blackbirds were watching it all too from one of the trees. A couple of weeks ago at Napier Gardens I saw two female blackbirds also getting territorial. One finally gave up there as well.

The squirrels have managed to break into the newest of the nut feeders but it's taken them longer than usual, although I'm guessing I'll need to be getting a replacement soon!

All the birds are so hungry, the sunflower seed feeders are finished by lunchtime, but there are still plenty of nuts and fat block left for them to snack on. I don't think they realise what expensive tastes they have and they have to wait until the next day for more sunflower seeds!

And I think that is all the news for this week. I'll be back next week with my latest update, bye for now, Natasha.

P.S. The lovely kits by DigiFiddle Designs used to create this log book are: Mistletoe and Wine, Fragrant Memory, Dear Diary and Pot Pourri.
Posted by Natasha at 14:57