Hello, I hope that everyone is enjoying the nature in their own backgarden and local area. As I sit here writing this I am watching a squirrel in the nearly bare oak tree, running along the branches, and I just love seeing that on my doorstep :) 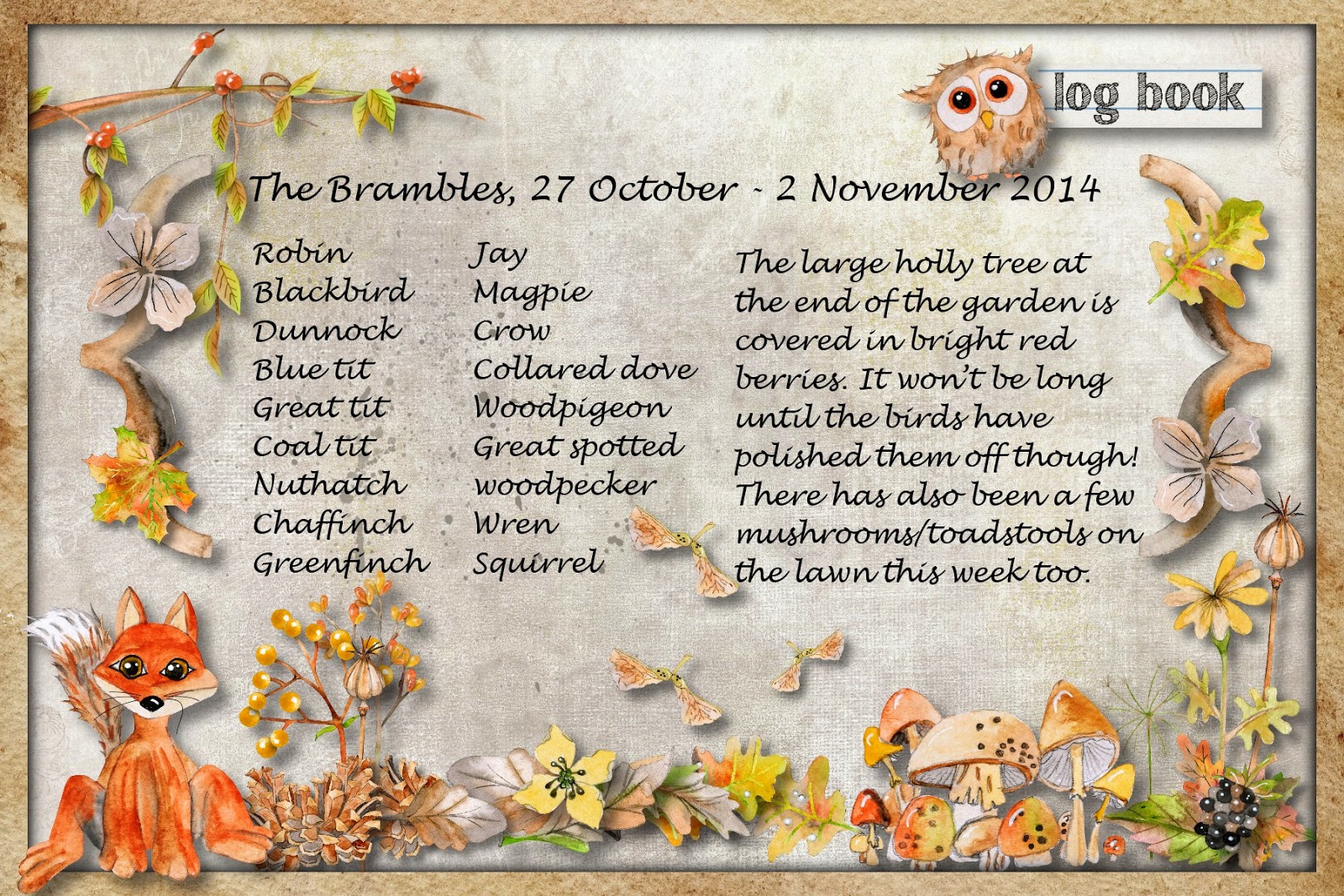 This week I've also spotted a wren and a coal tit. Coal tits are usually quite common but I've not seen one for a while. The wren I am sure is resident but they tend to stay hidden in the undergrowth. A couple of years ago one of the nest boxes was used by wrens. Unfortunately when I came to clean it out there was still an unhatched egg inside. There was a lot of action in and out of that box and it is the only time that, that box has been used. It's situated on a holly tree at the end of the garden and had the "great tit option" attached. So quite a big hole.

There has been the usual goings on with the ducks being found out of the pond! I so need a night time camera. But then I might be disappointed if I found that it was Leo the ginger cat from down the road that was playing with them instead of the foxes! Although I really do suspect it is the latter.

The hydrangeas are going over but this one looked great captured on my phone camera using the Hipstamatic app, Jane lens and Ina's 82 film.


And just as I'm about to post I see someone on a horse go by, whilst texting on their mobile phone! The horse part isn't so unusual but the phone bit is!!!